Forgetfulness: A Hallmark Trait of ADHD 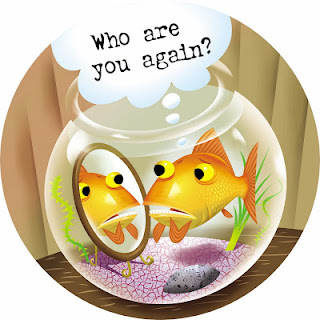 I rarely go out to the car without having to make a trip back into the house to get an item I forgot. Sometimes I make two or three trips back into the house. And when I get to town I realize I still forgot the main item I needed.

I've been known to be halfway to town (an eight mile drive) and then remember that I had brownies in the oven.

And I've said on more than one occasion to my husband, "I haven't seen so and so around for a while."

"Well then.... that explains why I haven't seen him around for a while."

This particular line of conversation has become common enough that I have begun to start my comments with a question. Instead of commenting that I haven't seen them around for a while, I ask, "Is so and so dead?"

Tim understands where I am coming from, but when I ask other people they frequently give me a rather strange look.

The fact that they were quite close to me (an aunt or neighbor) and that I attended the funeral doesn't seem to make any difference. I generally don't remember who is still physically with us and who is not. When we go to extended family gatherings, Tim gives me the low-down on who has died, so that I don't ask someone something stupid, like, "Where's your wife?" when she passed away a few months previous.

While the forgetfulness can be a deterrent, I mostly see it as a source of humor. I suspect others think I am spacey or stupid, but I find it rather funny. And laughter is good for the soul!

I have learned to deal with some of the forgetfulness. I keep a post-it note by the door into the garage that says, "Food for Mom." I only put it ON the door on days that I want to take some left overs to my mother. And I put it there as soon as I place the container of leftovers into the fridge. Otherwise I always forget. Not sometimes. Always. The note on the door helps tremendously.

I also have discovered that my iPhone, with it's reminders and alarms, is pure genius. I don't know where I'd be without it. As long as I take the time to set the reminder/alarm, I am good to go. My parish priest says you cannot love an inanimate object, but I totally disagree. I LOVE my iPhone.

A few weeks before Christmas, I noticed that a young couple from our parish came to Mass with a new baby. They were obviously enjoying having the baby with them and I just assumed it was their sister-in-law's baby, as the young woman had not been pregnant.

I noticed them with the baby a couple of weeks later and thought it was unusual that they had the sister-in-law's baby at Mass again. 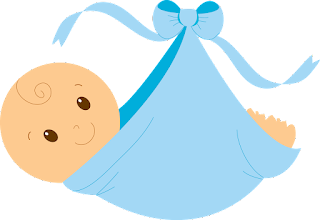 After Christmas I stopped to congratulate them on their adoption, as they had the baby yet again and they were quite obviously the parents. I was so excited for them! The new mom and dad both gave me a strange look and then informed me that this was their baby; he was not adopted.

"Seriously? Wow! I didn't even know you were pregnant! That's so awesome!"

The mother then informed me that we'd had a conversation a few months previous, in which I had congratulated her on her pregnancy and commented that she wasn't very "big" for as far along as she was....

This was not the first time for me to see someone with a new baby and be totally surprised, as I had forgotten they were pregnant.

Tim tells me that I am much like the main character in the movie 50 First Dates. My children tell me that if I ever get alzheimer's, they'll never know.